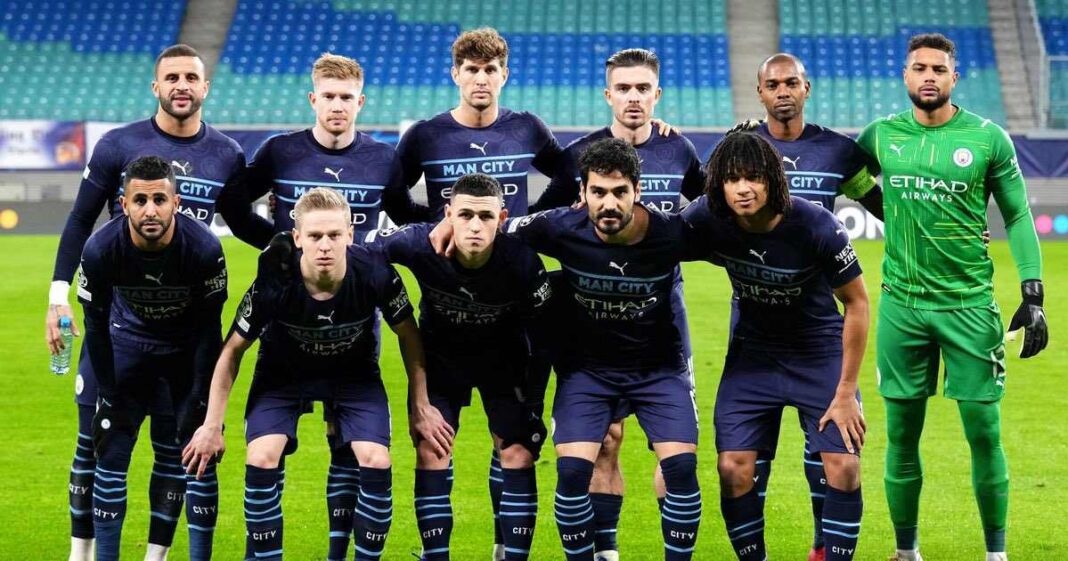 Manchester City ended their Champions League group stage campaign in an underwhelming fashion on Tuesday, as they fell to a 1-2 defeat to RB Leipzig in Germany.

Pep Guardiola made seven changes to the team that beat Watford on Saturday, as he looked to keep his squad in shape ahead of a busy month ahead.

Many expected that Guardiola would start some of his youth players, but he instead he opted to give run-outs to minute-hungry senior players like Nathan Ake, Oleksandr Zinchenko and Fernandinho.

Nevertheless, the likes of Kevin De Bruyne, Jack Grealish and Phil Foden all started but could not find a way through in an empty Red Bull Arena.

Guardiola’s team selection was somewhat surprising, although one name that was not a surprise inclusion was Zack Steffen. He could not prevent City from falling to RB Leipzig but showed the quality at Pep Guardiola’s disposal

Steffen was the most alert player in the Man City backline, and made some good judgement calls to stave off critical chances created by the Leipzig attackers.

The US international prevented Leipzig from doubling their lead with another low save from a fierce Emil Forsberg strike, before he made himself big to block an Andre Silva header from point-blank range.

He could not have done much about either goal, as the defenders were to blame for the outcome, with Kyle Walker having one of his worst matches ever in a City shirt.

Whilst the performance on the night was disappointing, Steffen was a shining light for City, with the 26-year-old shot-stopper making save after save to keep Guardiola’s side in the fixture.

Manchester City supporters were happy with Steffen’s performance despite failing to keep a clean sheet in what was ultimately a match of little importance for the club.

Our best player on the pitch tonight. Well done Steffen 💙

Steffen needs to start permanently for Man City or find another club to start for. He’s far too good to be a back up

Steffen saving us big time. The score would be worst than it already is

City are really struggling against this Leipzig side,if it wasn’t for Steffen we’d be 5-0 down

Steffen has been keeping City in this one😂

Is he in better form than Ederson? 👀

Our best player on the pitch

The one positive tonight was your performance.