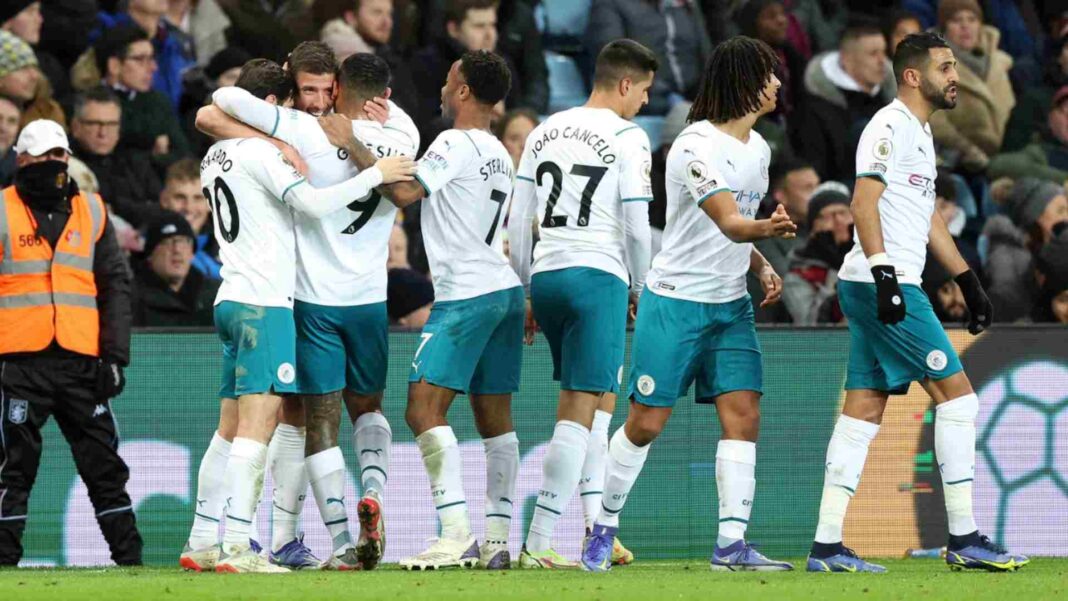 Goals from Ruben Dias and Bernardo Silva were enough for Manchester City to overcome Aston Villa 2-1 on Wednesday night, but Raheem Sterling performance was a reminder of how good he can be.

Sterling, who has been on the backend of criticism from some fans all season, has taken advantage of the absences of Grealish, Foden and De Bruyne to build his confidence back up, scoring three goals in as many appearances after a long drought and settling into the team.

His display against Aston Villa was on another level though, driving the team forward in a way that hasn’t been seen since the middle of last winter as City were streaking clear of their Premier League rivals.

It was an absolute livewire in the first half, pulling all of his tricks out of the bag and setting up that Dias opener. This was best performance this season, driving at defenders and carrying the ball with speed and skill to help win the game for his team.

It’s a pleasure to watch him when he’s like this- not scoring but terrorising defences anyway. Getting better and better with every game, with Pep Guardiola lauding the forward for his display against Villa.

The City boss told the club’s official website: “Today I would like to praise Raheem. He played the best game since a long time ago. Hopefully, he can continue this way as he was exceptional.”

These Guardiola’s comments on Sterling were shared on Twitter by City Xtra, and it attracted plenty of attention from the supporters.

That says it all. https://t.co/IvVnWDhRjx

He's better than before yes
But still not good enough..
In the second half he was the worst player in the pitch imo..
Lost a lot of possession and he kept losing duels..
But I am sure he will get better soon.

Since the Liverpool game, if he keeps doing this, he could start against Chelsea in January and cause problems

Real talk though, this comeback literally makes no sense. He’s playing at LW without a natural no9, and it’s not even for England. What’s changed? https://t.co/r90Ln9x5us