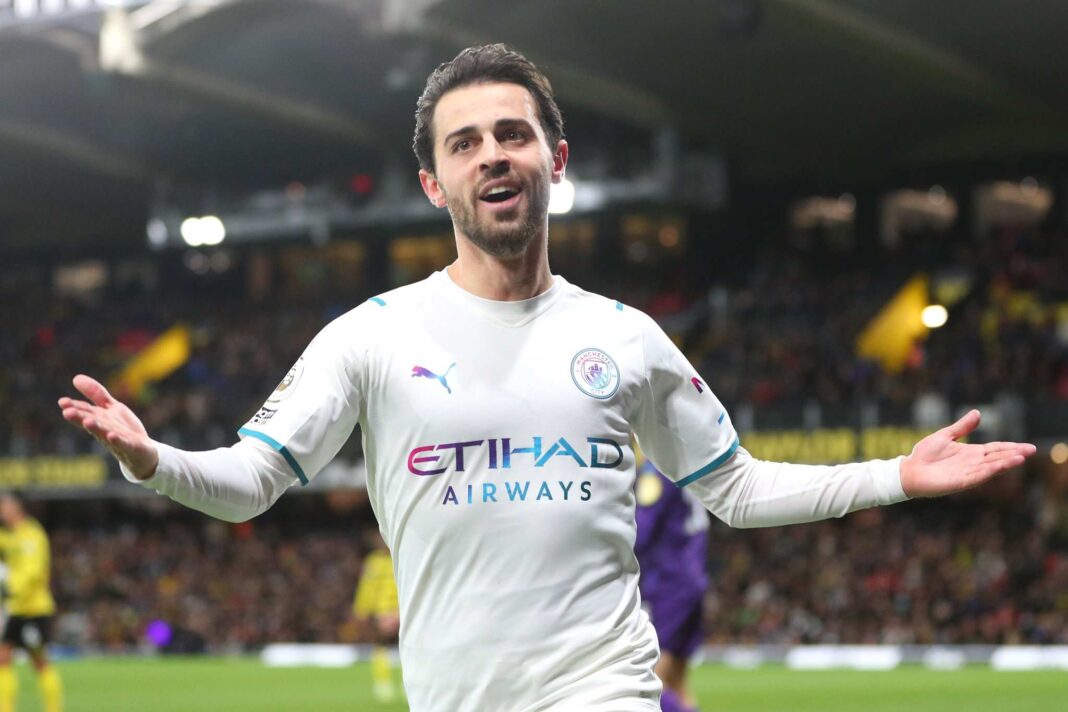 Bernardo Silva has admitted that being top of the Premier League table means more to him than his goalscoring feats after his side’s 3-1 win over Watford.

Manchester City made the most of Chelsea’s defeat at West Ham earlier in the day with a seventh straight win in all competitions, climbing back above Liverpool who had won 1-0 at Wolves to briefly reach the summit.

The 27-year-old then followed that up with a clever curled effort into the top corner for his side’s third after the break.

Watford pulled one back through Cucho Hernandez, who followed up his own shot after it rebounded off a post, to deny Guardiola’s side a ninth clean sheet of the season.

Post-match, Bernardo Silva suggested that the absence of a recognised striker may behind his goalscoring form, but he is focusing on the team rather than himself.

Silva told Sky Sports: “It was definitely a very good job in the first half. The team started very well, creating chances and not allowing them to counter-attack. We scored two in the first half but should have scored more.

“It’s always better to be top of the league than second, third or fourth, but it’s still early. It’s so close – Liverpool are just one point behind us, Chelsea are two points behind us.

“Liverpool and Chelsea are having an amazing season. It’s tough for us to compete with each other. We know the level and standards are very high. We know how tough it is to win the most competitive league in the world. We’re going to try our best, like we always do.

“This season I’ve been scoring a lot and I’ll try to keep it that way. What matters is that we’re top of the league now and the team are doing very well at the moment. At the end of the season we want to celebrate some titles.

“My first four goals this season were all tap-ins. My last few goals have been quite good, but it doesn’t matter – what matters is putting the ball in the back of the net. I’m happy to help the team.

“We know we don’t have a striker. We have a lot of players who try to get in the box and finish. We try to put numbers in the box. If we arrive in the box, we’re going to score goals.

“We’re happy with the moment and happy with our form. We have to keep working because this season is going to be very tough.”

Share
Facebook
Twitter
Pinterest
WhatsApp
Previous article‘Yess’, ‘Finally a striker’, ‘We’re winning it all’ – Many Man City fans ‘buzzing’ over transfer news
Next article‘Would be a brilliant signing for us’, ‘Exactly what we need’ – Many WHU fans ‘beg’ club to sign Man City star