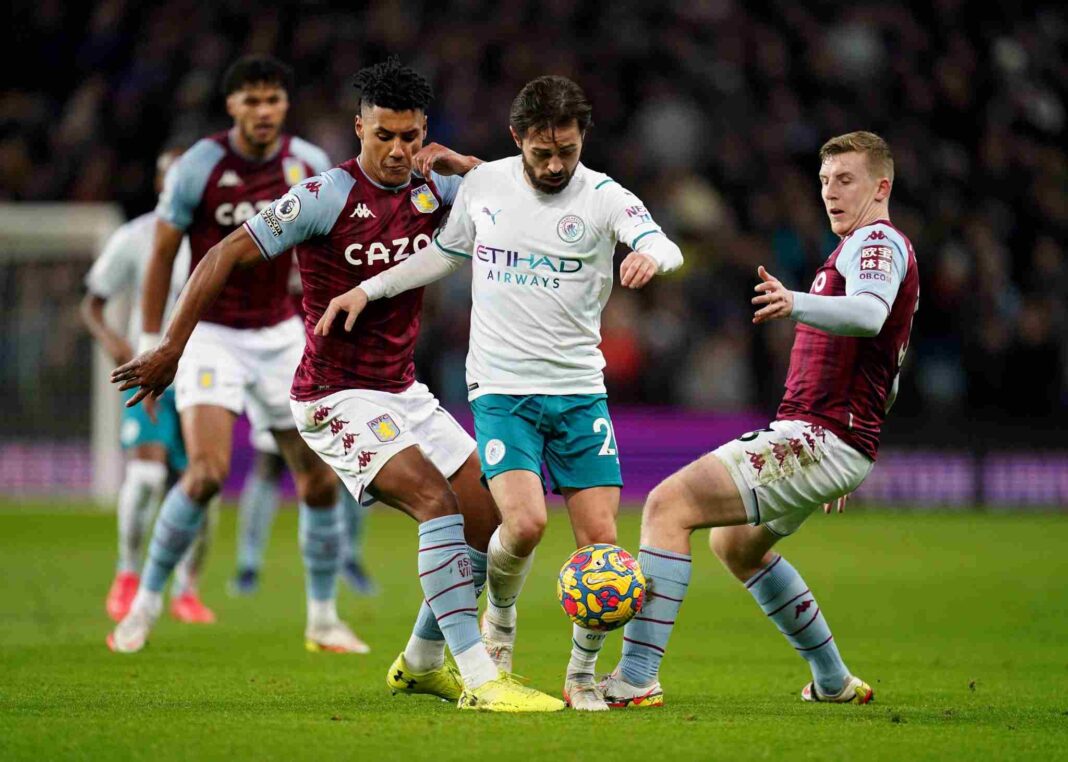 Manchester City fans have been reacting to Bernardo Silva’s goal against Aston Villa in the Premier League on Wednesday night. .

Bernardo Silva’s exquisite volley, a goal of the season contender on the stroke of half-time, inspired Manchester City to a battling 2-1 win at Aston Villa.

The Portugal midfielder is in the form of his life right now as City look to win their second consecutive Premier League title.

City travelled to Villa Park looking for their sixth consecutive win in all competitions and took the lead through Ruben Dias.

The ball from Jesus floated just long enough for Silva to wrap it round his left foot and smash past a helpless Emi Martinez.

The forward’s brilliant strike proved the difference as City were made to fight for a fourth straight Premier League win, after Ollie Watkins’ goal after the break made life uncomfortable.

Plenty of Man City fans took to social media to express their thoughts and emotions on Bernardo’s goal.

Bernardo is actually the best player in the world man, I have no words to describe what I have just witnessed. My jaw has dropped, ballondor next year idc.Give him a life time contract with any number he wants. I want him as a legend at this club… https://t.co/KLRVsX896r

Bernardo Silva is one of the best players in the world! Wow! What a finish!

That Bernardo goal was insane. What a volley!

That is absolutely ridiculous from Bernardo Silva. I mean, behave. Top drawer volley from one of the best midfielders around at the moment.