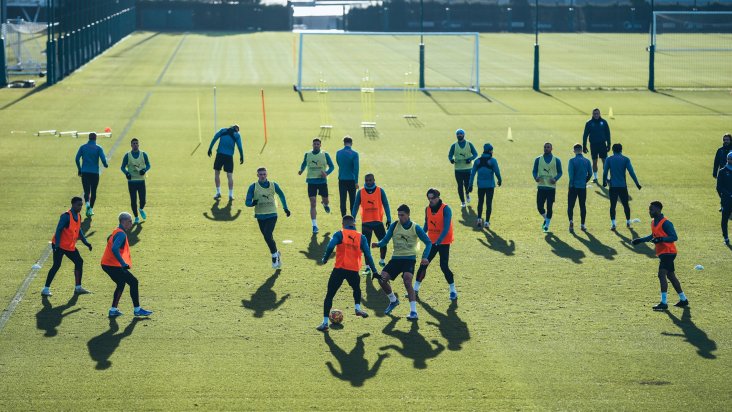 A number of Manchester City fans have reacted excitedly to the news that indicates Liam Delap is training with the first-team following recovery from injury.

The 18-year-old, who joined the Blues from Derby County in 2019, is dubbed as a very exciting prospect and one that has the potential to make a name for himself as a Premier League player in years to come.

However, injury troubles have hampered his progression this season, restricting him to just four appearances; two in the Premier League 2 and two in the Papa John’s Trophy.

The Secret Scout reported in late December that Delap was ‘nearly’ returning to action, with the young striker set to return to training ‘very soon’.

This week, Liam Delap has returned to full first-team training with the rest of Pep Guardiola’s squad, as they look towards another Premier League clash this weekend.

Considering Delap is City’s only recognisable out-and-out striker, Many Man City fans are really excited by the prospect of his return.

In reaction to the news shared by renowned Twitter channel @City_Xtra, some Man City fans have have been expressing their thoughts and opinions.

I pray he gets back his momentum and even better in time. He’s lost a lot of space.