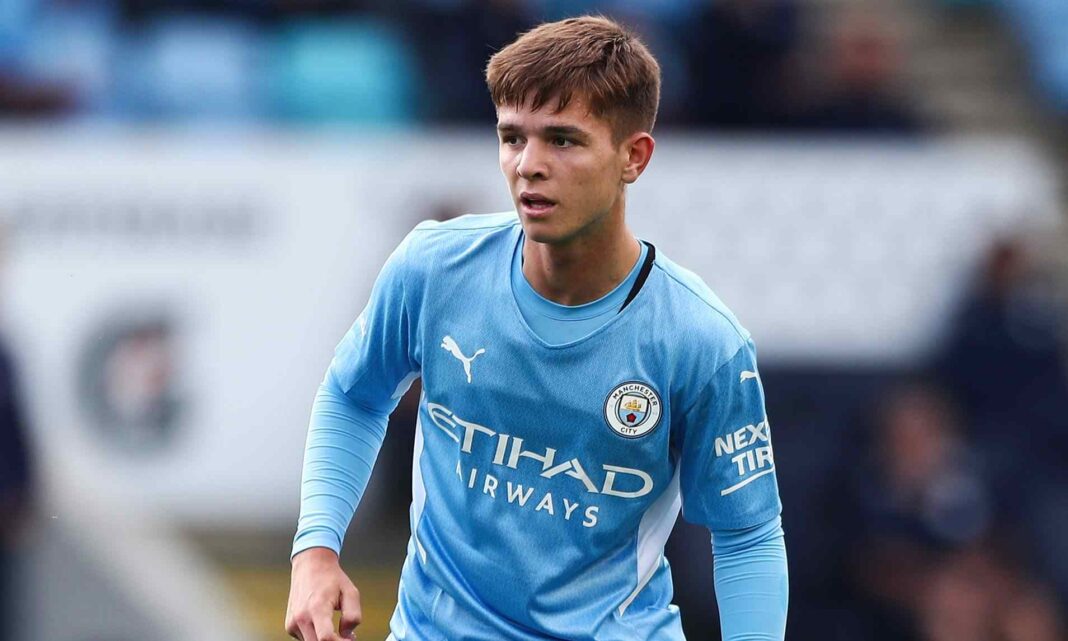 Manchester City fans have been reacting to a post on Twitter which relays a report that claims James McAtee is still wanted by Swansea City on-loan this month.

The versatile 19-year-old attacking midfielder, who was born in Salford, has been in Manchester City’s academy for eight years, having first joined the club in 2013.

The City academy graduate, who Pep Guardiola once lauded as ‘exceptional’ as per the Manchester Evening News, is one of the most exciting names coming from the club.

The attacking midfielder was handed his senior by Guardiola in September last year in a Carabao Cup clash against League One side Wycombe Wanderers at the Etihad Stadium.

He has since featured in two more games for City this term but they now have a decision to make on his short-term future between now and the end of the month.

According to Wales Online reporter Ian Mitchemore, James McAtee is said to be ‘still wanted’ by Championship side Swansea City.

As per Mitchemore, Swansea City remain keen on luring the highly-rated youngster on loan to the Championship between now and the end of the transfer window.

A loan move to the Championship would enable McAtee to get some regular football under his belt and would boost his development.

Might be a good opportunity to gain exp. Only one I see getting decent minutes this season is Palmer!

Take him he’s not getting any game time here

Wait for a prem team to offer him a loan or keep him.