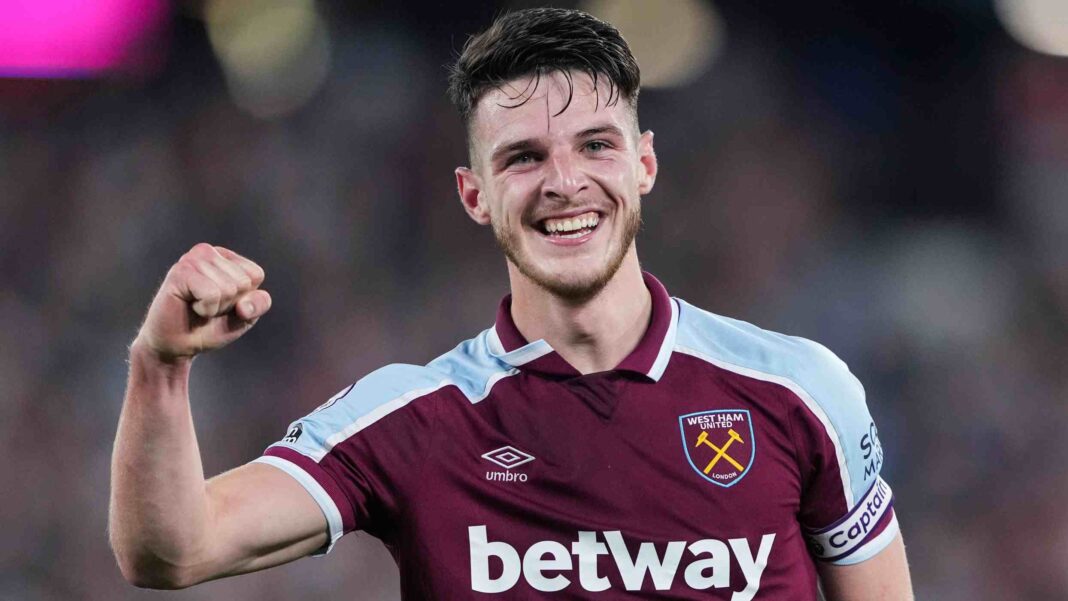 Manchester City fans have been reacting to a post on Twitter which relays a report that claims the club hold a strong interest in West Ham midfielder Declan Rice.

According to James Ducker via the Telegraph, Manchester City still hold a ‘strong interest’ in the highly-rated England midfielder, along with Thomas Tuchel’s Chelsea – who are known to have a long-standing admiration for their former academy talent.

The report states that Manchester United, who are in search for midfield signing, are one of the few sides who could afford West Ham’s £100 million valuation of Declan Rice.

The Cityzens have been linked with a switch for Rice as Pep Guardiola’s side are expected to be in the hunt for a new defensive midfielder in the next 12 months, with Fernandinho set to leave the club upon the expiry of his one-year contract extension signed earlier in the summer.

We’re turning into England FC and I’m up for it. We always have two top class players in each position plus Rice is versatile. He’d give Rodri competition and be a good homegrown option. All about if he’s willing to stay here for a long time considering he’s a Chelsea fan https://t.co/6yBLiD8kFn

Good player but overpriced. Should prioritise a striker and a LB instead

Quality player. Every player needs competition and that includes Rodri. However, West Ham don’t need to sell him and that’s why he would be very expensive. A striker and a left back should be prioritized first

I’d rather see us develop Romeo Lavia into a World class player than waste so much money. He is an amazing player but we’ve got Rodri and he plays so many games I’m very sure Rice wouldn’t want to be a bench player.

We already took Grealish and they cried. If we sign Rice we’ll completely break them😭 give the kids a chance they are going through the most right now🤣

After we get a striker this should be our priority. I like Declan would love to see him in a city shirt he’ll give Rodri a good and healthy competition. Hopefully the transfer fee won’t be to hefty