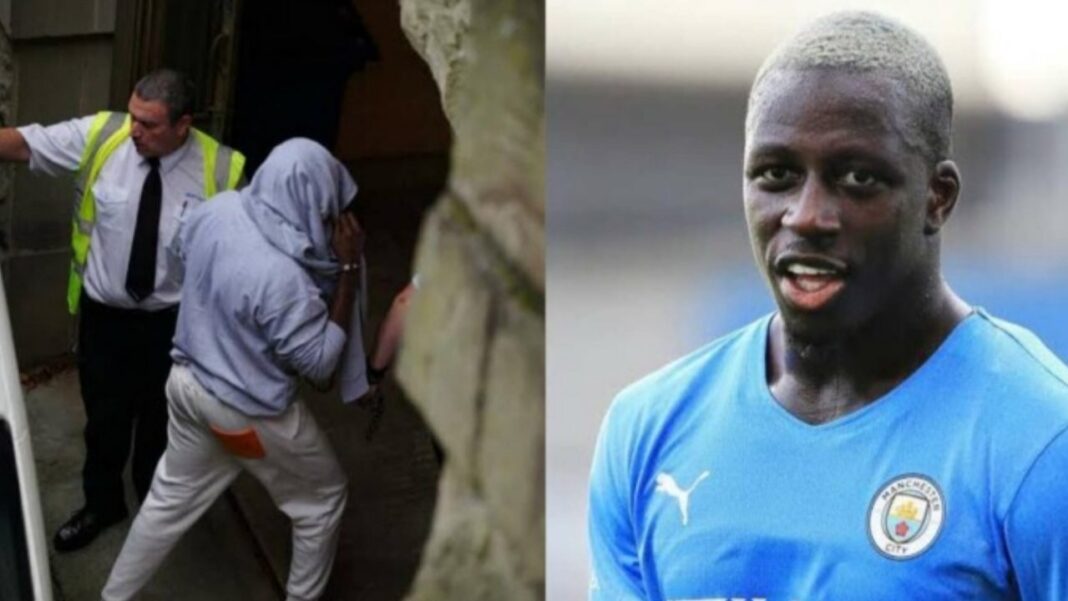 Manchester City footballer Benjamin Mendy was today granted bail ahead of his trial on rape and sexual assault allegations later this year.

The French international has been in custody for 134 days, since first being arrested and charged on 26 August last year.

Mr. Mendy is accused of eight offences against five different women including seven counts of rape relating to four women and one count of sexual assault.

Mendy was granted bail by judge Patrick Thompson at a private hearing at Chester Crown Court, from which the media was excluded.

He is accused of eight offenses against five different women including seven counts of rape relating to four women and one count of sexual assault.

The 27-year-old fullback had been due to go on trial this month, but it has been pushed back until June 27 at the earliest.

The full bail conditions were not disclosed in open court, but Mendy was told he must live at his home address, surrender his passport by midnight on Friday and refrain from contacting complainants.

Mendy, wearing a black suit and white shirt, replied “O.K.” to the judge.

As per Jack Gaughan for the Daily Mail, despite his released on bail today, Mendy will remain suspended by Man City.

The news was shared on Twitter and it attracted plenty of attention from the club’s supporters.

Not saying he is, but imagine he was innocent this whole time😭 https://t.co/hzqCECJ45M

No brainer, city must remain neutral until justice has taken its course

Terminate his contract don’t want him to play for us

he would’ve paid someone off to pay his bail

Good decision to keep him suspended, even if he gets found not-guilty, still not good to have him at and around the club. Want him gone ASAP https://t.co/UDoyIxW8B7