‘Just sell him’, ‘Can’t believe this guy is still on our books’ – Some Man City fans react as transfer news emerges 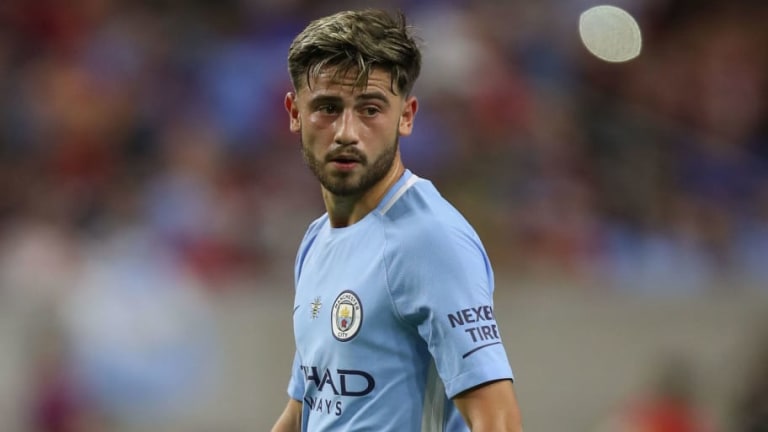 Manchester City fans have been reacting to a post on Twitter which relays a report that claims Sunderland are closing in on the signing of winger Patrick Roberts.

Roberts has been at French top tier side Troyes on loan this season, however he’s made just two appearances in all competitions.

Since his loan spell with Celtic ended in 2018, Roberts has been away from Man City a lot of times without success and he’s not been able to gain any consistency whatsoever.

The 24 year old winger is seen as surplus to requirements at the Etihad Stadium and will be loaned out this transfer window.

According to Sky Sports News, Sunderland are set to sign the Manchester City midfielder on loan for the remainder of the 2021/22 League One season.

Sunderland’s capture of Roberts hasn’t been without its difficulty though – it looked like reports linking Roberts with the League One club were slowly dwindling before Alan Nixon revealed in The Sun on Sunday yesterday (16.01.21) that Wigan Athletic were hoping to pip Sunderland to the signing.

In reaction to the report shared on Twitter by City Xtra, Man City Fans as usual have expressed their thoughts and opinions.

Can’t believe this guy is still on our books

I remember when he was tearing up the Scottish league

We dont make that many transfer mistakes but he was certainly one.
Cost about 10M and been out on constant loans