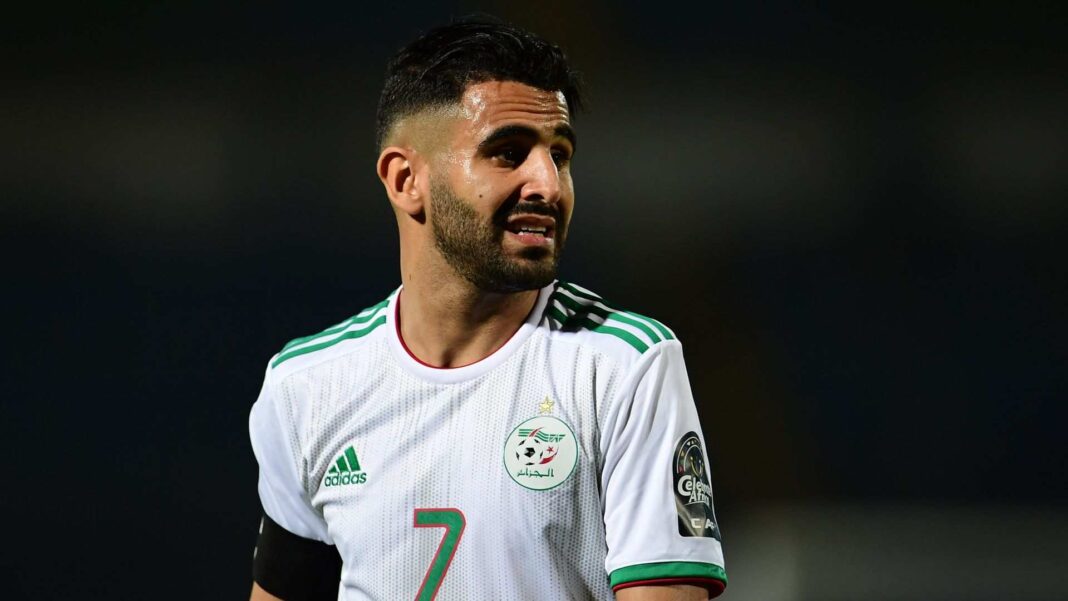 Riyad Mahrez has return to Manchester City early after Africa Cup of Nations holders Algeria were knocked out at the group stage, following their 3-1 lost to Ivory Coast on Thursday.

After claiming just one point from their opening two Group E fixtures against Sierra Leone and Equatorial Guinea, the Foxes needed to beat Ivory Coast in their final group game to advance to the knockout stages.

However, Algeria found themselves two goals down at half time thanks to strikes from Ivory Coast midfielders Franck Kessie and Barda Ali Sanagare.

According to Dean Ammi for Algerian Footy, Mahrez has already arrived at the airport and has begun his journey back to England from Cameroon, with the intention of being available for Man City this weekend.

🚨 BREAKING: Algeria wingers Said Benrahma and Riyad Mahrez have already arrived at the airport and have begun their journey back to England from Cameroon. Both players want to be available for the Premier League this weekend. pic.twitter.com/oPKRam2A81

It is unlikely that the 30-year-old will be back in time for Saturday evening’s Premier League clash away at Southampton, but the winger could be available for City’s home encounter with Fulham in the FA Cup fourth round on February 5.

Wow. What a true professional. Shows how much he loves City.

Who dosent love a determined player 👍🏽

While Manchester City have not overly missed the former Leicester man in their recent victories against Swindon Town and Chelsea, Pep Guardiola has been handed a welcome boost ahead of what will be a quick-fire run of games at the start of February.

Mahrez, who finished top of the scoring charts for Manchester City over the course of 2021, has been the top-scorer for the Sky Blues across all competitions since the start of the campaign, having scored 13 goals in the absence of a natural striker in the first-team squad.