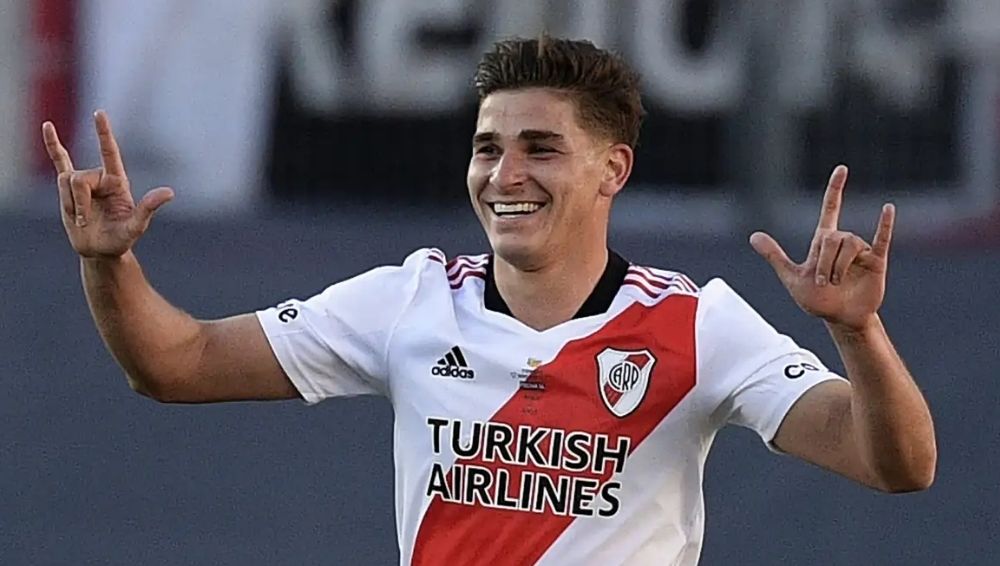 River Plate Techincal Secretary Enzo Francescoli has revealed why the club fought to keep Julian Alvarez at the club on loan after Manchester City bought him in January.

City grabbed plenty of attention when they signed Alvarez from River Plate in January. The youngster was immediately sent back on loan to his former club until the summer.

Pep Guardiola is satisfied with the transfer dealings and hailed the Alvarez deal as an excellent piece of business and intend for him to be part of their pre-season squad.

For the time being, he remains a River Plate player, a situation Francescoli says they were determined to ensure happened as part of negotiations with Manchester City.

“For us, it’s better for the player to stay here,” La Pagina Millonaria report him saying.

“We try to look after the player, and he knows that. There is an age issue. Sometimes guys leave very young, and it’s hard for them.

“It depends on the league they go to as well. It’s very difficult to make the leap to Europe and for everything to work out.

“I think the big teams in Europe know that process and try to find that security, that they arrive with an intermediate step by another European club or that they arrive already made, as it happens today with Julian.”

These Enzo Francescoli’s comments were shared on Twitter by City Xtra and it attracted plenty of attention from Man City supporters.

“Not his decision (thankfully)”
Credit: @Doozy_45

“He is ours now”
Credit: @MosesOnduso5

“Don’t worry Enzo
Pep knows how to handle young players
Gabby too came when he was young
Young Kayky is progressing
You can see the careful nurturing of Foden to help him be ome the player he is now
Alvarez is going to be just fine.”
Credit: @Sahilpa86232916

“Regardless of what Enzo says, Julian will most likely be at City in June. I think it will be the boy’s decision.”
Credit: @termoderiver

“Well thankfully it’s not their decision as he’s our player and we will recall him in the summer.”
Credit: @BernardoControl

“Of course it’s better for them, they took the money and get to keep the player. So long as he’s learning English while still there that’s fine, just bring him over in the summer then let Pep decide..”
Credit: @handbyj

“True didn’t want the River Plate fans to say goodbye to him so quick”
Credit: @mcfctotti