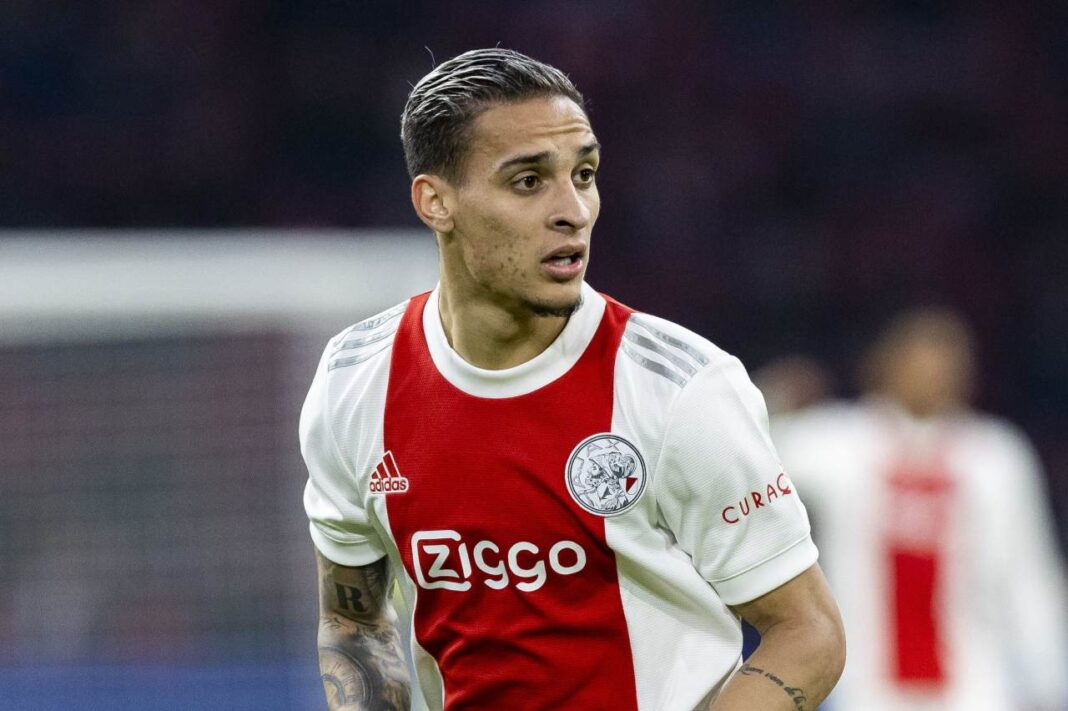 Manchester City fans have been reacting to a post on Twitter which relays a report of the club’s interest in Ajax superstar Antony.

The 22-year-old winger has more than three years left on his Ajax contract but he is expected to move on in the summer amid big demand for his services.

Antony has caught the eye of several top European clubs following a string of impressive performances for the Dutch side this season.

According to Tuttosport as relayed by Sport Witness, Man City are one of the clubs looking at Ajax Amsterdam’s Antony, who boasts 12 goals and 10 assists in 33 appearances this season for the Eredivisie side.

The report suggests a fee of €60M-€70M ‘minimum’ will be needed to convince the Dutch club to part ways with the Brazilian.

“If Sterling and Jesus leave then I’d bring him is as a future Mahrez replacement. Other than that it’s a waste of money.”
Credit: @SxrgioSZN

“We already have Mahrez, Sterling, Jesus, Kayky and Palmer for that position.”
Credit: @Little Citeh

“Another great player that we’re linked with but we don’t actually need him, we’ll have at least 5 first team players that can play in at least one of the front 3 roles, we should just use the extra space in the squad to develop Palmer, Kayky and Delap.”
Credit: @NickMCFC1894

“Honestly, I can’t figure out what the future of Man City attack is gonna look like but Haaland & Antony would be a great starting point.”
Credit: @NoChillsTim

“If this is true which I don’t think it is and we also get Haaland then I can see Jesus and Sterling leaving.”
Credit: @DiasSZN

“Jesus likely leaving, Bernardo rumored to be leaving, Mahrez and Raheem both with one year left on contract..
Our senior wing options would be Grealish, Foden, Alvarez, and Palmer.
Maybe not now, but defenitely going to need one soon.”
Credit: @SheikhMCI

“Why our fans always says “we dont need him” “we already have X players for X position” bla bla bla when we linked with a player. Obviously club knows we dont need a winger but what happens if Sterling/Jesus/Mahrez leaves? We gotta be ready for the worst scenario.”
Credit: @SterIing7i