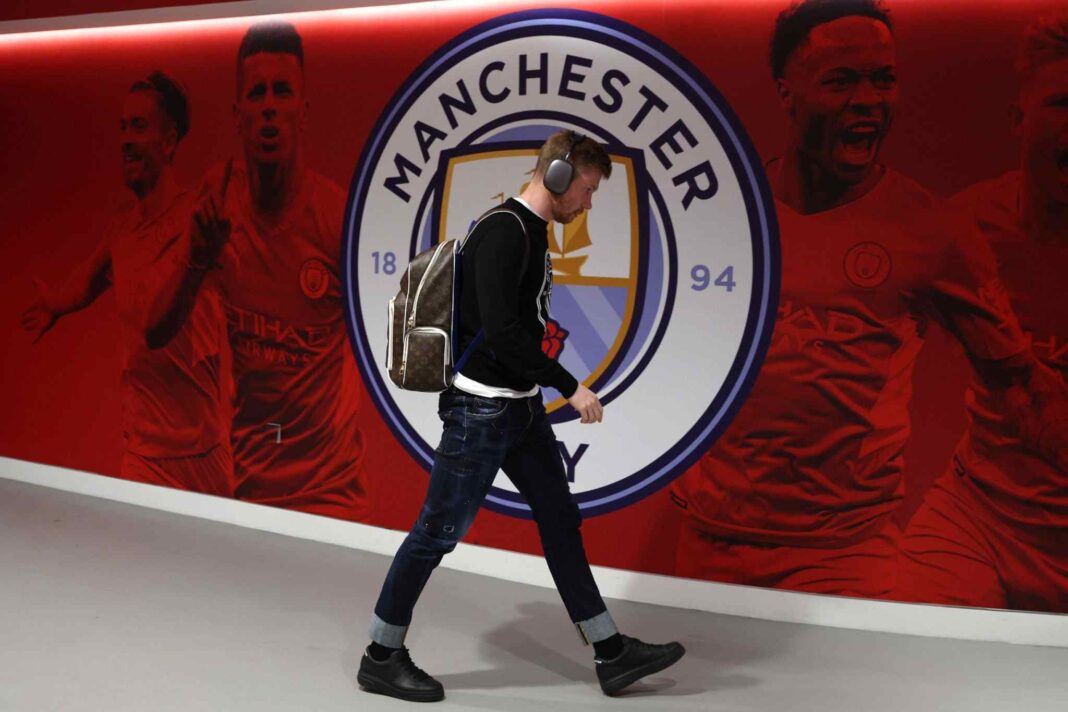 Manchester City have revealed their starting line-up and Kevin De Bruyne is amongst the substitutes for this afternoon’s FA Cup semi-final meeting with Liverpool at Wembley.

Both De Bruyne and Kyle Walker were injury doubts heading into this afternoon’s game, but neither player are deemed fit to start, with the latter missing out entirely.

After beating Atletico Madrid 1-0 on aggregate in the quarter-finals of the Champions League, the Citizens will be looking to reach their third FA Cup final in the last decade with victory over Jurgen Klopp’s side.

His side progressed in the Champions League in midweek and now Guardiola’s men can secure a spot in the FA Cup final.

Pep Guardiola has made a total of seven changes to the side which started in Madrid on Wednesday.

Zack Steffen is selected in goal for Manchester City today, while in defence Guardiola picks Joao Cancelo and Oleksandr Zinchenko as full-backs, along with John Stones and Nathan Ake in the centre.

If Guardiola needs to shake things up then he has options on the bench to bring on, including Kevin De Bruyne, who was forced off injured during the second half of the ill-tempered contest against Atletico Madrid in Spain.