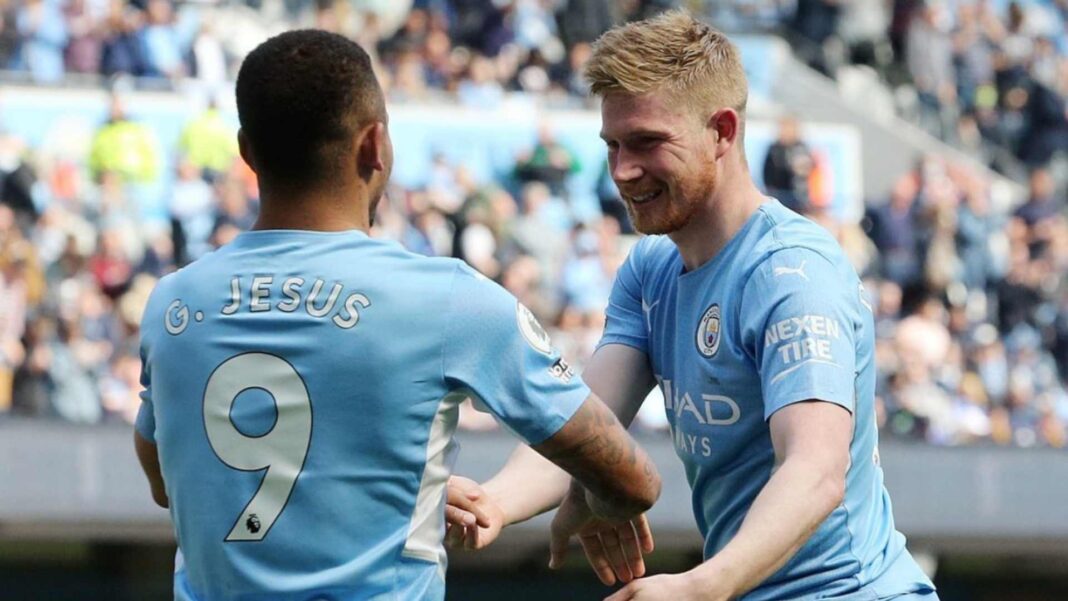 Manchester City attacker Kevin De Bruyne is keen for teammate Gabriel Jesus to stay at the Etihad Stadium amid the current speculation surrounding the forward’s future.

Jesus has again been a regular for the Citizens during the 2021-22 campaign, scoring 13 times and registering 12 assists in 37 appearances in all competitions.

The Brazil international has netted five times in his last two Premier League appearances, while he was on the scoresheet in Man City’s 4-3 win over Real Madrid in their Champions League semi-final first leg.

However, there has been a host of speculation surrounding the attacker’s future in recent weeks, with Arsenal believed to be determined to sign him this summer.

A recent report claimed that the Gunners had already agreed a £42m deal for the South American, who only has little over 12 months left to run on his contract at Etihad Stadium.

However, De Bruyne is hopeful that the 25-year-old will remain at the club, as he “makes this team better”.

“Since he (Jesus) came here, I’ve had a good relationship with him, I think we’ve found each other lots of times,” De Bruyne told reporters. “He plays with so much energy, he’s always there, he helps the team out.

“I have never any doubts on his quality and he’s still so young. I hope he can play many times with me because I think he makes this team better.”

These De Bruyne’s comments were shared on Twitter by City Xtra and it attracted plenty of attention from the club’s supporters.

“He needs to extend his contract.”
Credit: @17woid

“KDB wants us to extend his contract we must.”
Credit: @OlaMCFC

“If kevin says it, must be done.”
Credit: @HunRex_