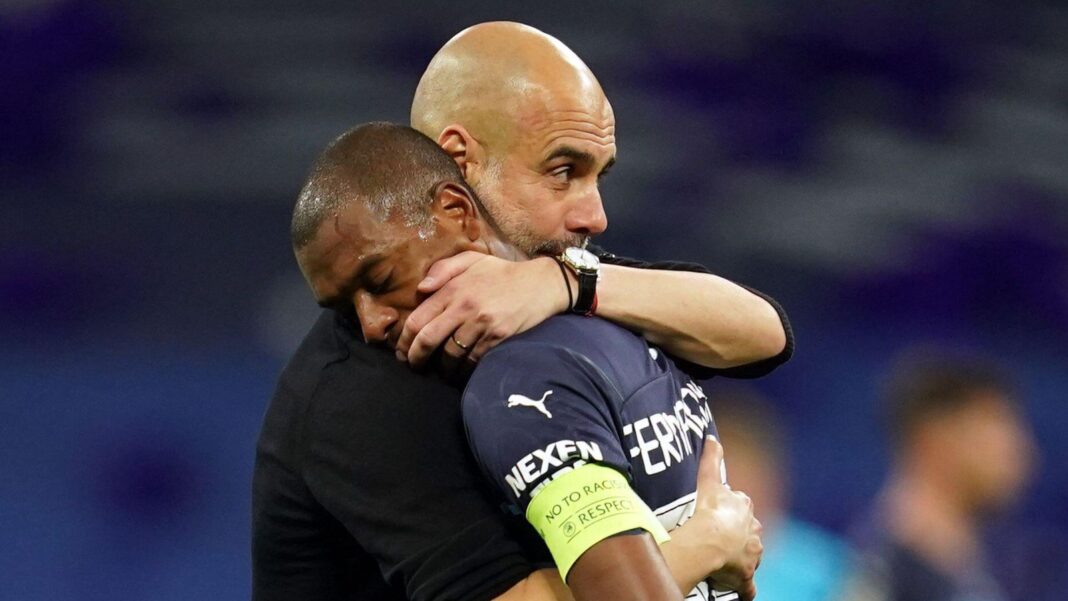 Manchester City fans couldn’t quite believe what they witnessed at the Bernabeu on Wednesday evening and took to social media to vent their frustrations.

City led 4-3 after first leg at the Etihad but ended up crashing out of the Champions League after self destructing in Madrid.

The Premier League giants scored first in the away fixture but ended up losing 6-5 on aggregate after Rodrygo came to turn Wednesday’s fixture on its head.

Rodrygo then put the LaLiga giants ahead and level on aggregate by scoring his second goal of the night just one minute later.

As a result, the game went to extra time and City were given 30 minutes to keep their Champions League dream alive.

Many Man City fans took to social media to vent their frustrations over the result and highlight the downfalls within Pep Guardiola’s side.

“Another wasted season in the Champions League, how did we even lose that after 2 goals up! Very disappointing!.”
Credit: @PeterLegato

“Let’s be honest now, we can’t blame the players every year. I mean it is the manager that prepare them & select them to play. I feel like we don’t have mentally strong player in this squad & it is because Pep likes “good boy” type of players.”
Credit: @Mee_Steezyn

“I can’t blame pep at all, our players bottled this”
Credit: @NwaforPatrick

“It’s on Pep. The changes were unnecessary, plus he saw Cancelo’s performances on the right lately.”
Credit: @Mcfchonest

“Only terrible subs were Sterling and Grealish. But we shouldn’t even get to that point when we had a 2 nil lead at 89mins…Poor performance from the defense switching off there.”
Credit: @SirThembason

“Gentle reminder, Manchester City wouldn’t have been in back-to-back semi-finals without Pep Guardiola. Pinning 80 seconds of absurdity at the end of a 180 minute tie on him is nonsense.”
Credit: @AmosMurphy_

“We may finally win it when he leaves. That’s football. Doesn’t make him a bad manager. Who’d have Carlo Ancelotti or Zidane instead of Pep? Exactly..”
Credit: @CityMannion

“He did absolutely nothing wrong tonight. Grealish was unlucky not to score. We switched off for first goal and second goal was so fortunate. I feel sorry for Pep..”
Credit: @smith_tommy

“ I don’t want a single soul to blame him our supporters or rivals. He coached an 8-0 in the first leg and made smart subs in second leg. Was let down heavily. No overthinking, smart decisions”
Credit: @Pep_Kev_GOATs

“Those who hate him Patiently wait for these kind of results to pour out trash wouldn’t add anything to Pep he’s been there before.”
Credit: @EricKB28716047

“some of these players have been class all season. but today had awful performance. i don’t blame pep. truly everybody is letting down him and KDB.”
Credit: @prashamsenpai