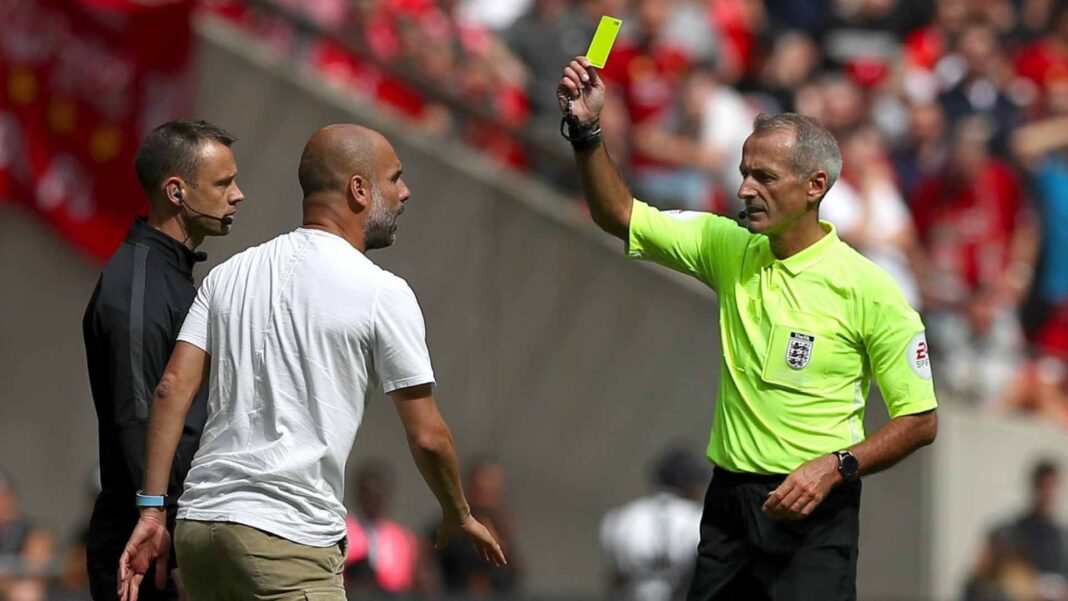 Martin Atkinson will be in charge of Manchester City’s upcoming midweek Premier League fixture as the champions take on Wolverhampton Wanderers at Molineux Stadium on Wednesday 11 May, with kick-off scheduled for 20:15 (UK). .

City are in imperious form in the league as the end of the season approaches. Since the drawn Premier League classic with Liverpool last month, City have taken all 12 points on offer.

The Blues visit Wolves at Molineux Stadium on Wednesday, knowing that they are potentially 3 wins away from retaining their English top-flight title.

Wolves sit in eighth place in the Premier League but are winless in their last four. In that time they have suffered defeats to Newcastle, Burnley & Brighton before Saturday’s fightback against Chelsea.

With a game in hand on West Ham above them, our hosts will be looking to finish the season strongly and stake a claim for seventh and the UEFA Europa Conference League spot that comes with it.

Ahead of the game, the Premier League has appointed Martin Atkinson as the man in the middle for Wednesday’s clash.

The 51-year-old has refereed City four times so far this season, with Pep Guardiola’s side winning three and drawing one.

The last time Martin Atkinson refereed Wolves vs Man City, he sent off Ederson and Man City lost despite being 2-0 up.

In reaction to the news shared on Twitter, many Man City fans have expressed their thoughts and opinions.

“PL Trying hard to give pools the title.”
Credit: @Rai99UAE

“Premier League with the assist for Liverpool”
Credit: @bossbaby31ve

“He’s atrocious. He’s the perfect weapon for the PL to change this game to suit what they want.”
Credit: @rnblade69

“All were fans of Liverpool in the early 80s as teens. Those fans now are captains of industry, in the FA, Journalists, print media and referees. They all wish Liverpool wins everything. Guardiola was correct on Saturday.”
Credit: @abeng_awassam

“Gosh. That’s a blatant penalty not been awarded by Tierney then”
Credit: @LordBrackon

“If we play well, then we have nothing to worry about. See our performance vs an in-form Newcastle squad.”
Credit: @fcb_bright

“We didn’t lose because of him. The red was correct and our defence imploded. He actually had a decent game if I remember correctly.”
Credit: @wrjn25

“I’m very concerned about our injured CBs. Fernandinho at CB and anything could happen. Scary losing Dias with only three games to go.”
Credit: @sanesou

Share
Facebook
Twitter
Pinterest
WhatsApp
Previous article‘Sign him up’, ‘Would be a fantastic signing for us’ – Many fans react as Man City ‘offering long-term project’ to convince defender to join
Next article‘What a day for us!’, ‘Finally we have a real striker’ – Man City fans react as Erling Haaland ‘passes medical’ as move from Dortmund nears completion