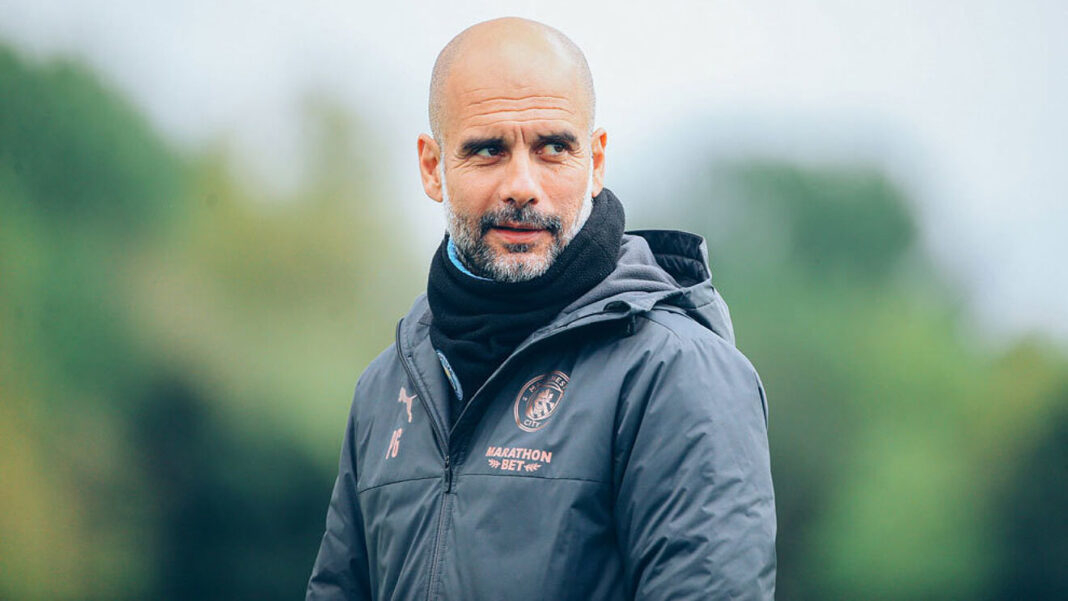 Manchester City fans have been reacting to a post on Twitter which relays a report that claims the club have distanced themselves from a move for Barcelona’s Frenkie De Jong.

De Jong’s future has been called into question, with a number of European clubs, including Bayern Munich, Paris Saint-Gerrmain and Liverpool, said to be interested in his signature.

With Fernandinho set to depart at the end of the season, Pep Guardiola is looking to capture a midfielder who is capable of operating both in a reserved holding position and in a more advanced role.

The Daily Mail earlier this month reported that Manchester City could reignite interest in Frenkie De Jong this summer, if Barcelona are forced to sell the midfielder due to financial constraints.

Even the ever-reliable Fabrizio Romano had also revealed that alongside Manchester United’s Paul Pogba and Sporting CP’s Matheus Nunes, Frenkie de Jong was on City’s midfield shortlist ahead of next season

However, according to James Ducker of the Telegraph, Manchester City have in fact now ‘distanced’ themselves from any possible move for Frenkie de Jong during the upcoming summer transfer window.

Manchester United have been heavily linked with a move for the 24-year-old Netherlands international, with reports going as far as claiming that a transfer was close to being completed.

“As they should”
Credit: @ManLikeLeOo

“we have a better target”
Credit: @dontshootvinny

“Right move… he is too expensive for being a back up. We need someone who will settle in slowly and won’t complain about regular football”
Credit: @BelgianKing17

“why do people want de jong? have you seen him play for barca??? + he can’t bench kdb, rodri, gundo and bernardo so what’s the point?”
Credit: @br_footbalI

“I bet City are looking at Kimmich, he would be ideal as he can cover for both Rodri & Walker oh and also the added bonus that he’s f**king mint!.”
Credit: @JMC_OfficiaI

“Good, no need to compete with United to get him because it could cost us 100m euro. Just learn from the time we want to sign Fred, Maguire. All of them being sh*t..”
Credit: @andrewpw03

“Seems city are out of the race more and more each day..”
Credit: @DeBlueLou

“He’s either staying at Barca or going to United. Otherwise we wouldn’t have distanced ourselves from the move..”
Credit: @southcitizen284

Share
Facebook
Twitter
Pinterest
WhatsApp
Previous article‘Brilliant news’, ‘Absolutely love this’, ‘Would be great for him’ – Many fans react as PL club weighing up move for Man City forward this summer
Next article‘No fit CBs’, ‘We are finished’, ‘Who gonna play?’ – Man City fans react as Pep Guardiola gives injury update on Aymeric Laporte and Fernandinho