‘What a win’, ‘Premier League is Ours!’ – Many Man City fans react as De Bruyne’s midfield masterclass sees off Newcastle to go top of the table 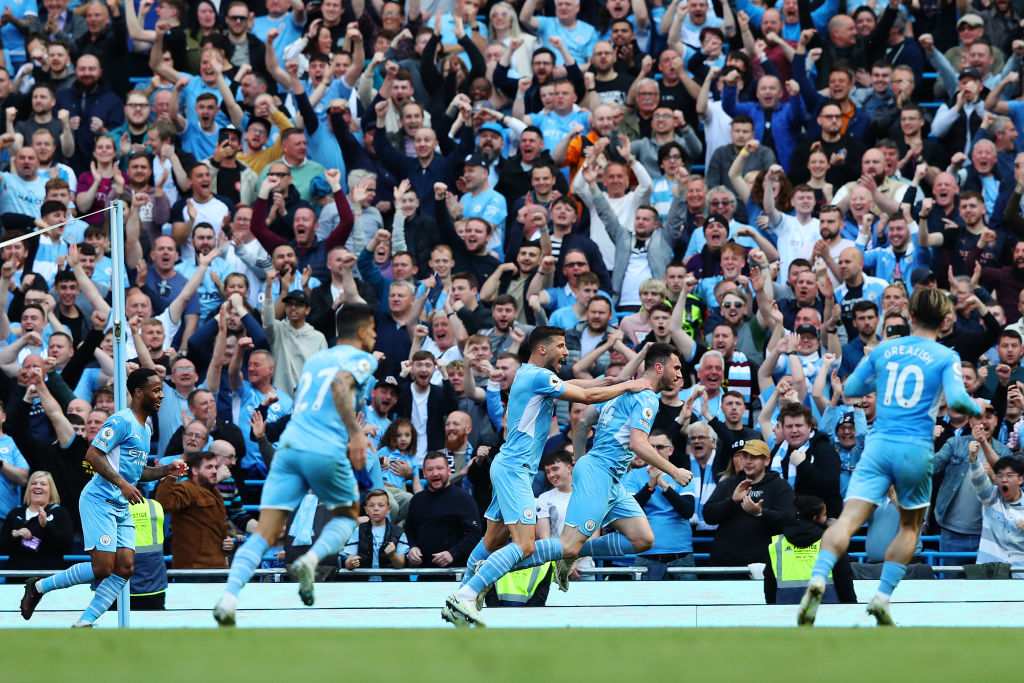 Manchester City returned to the top of the Premier League with a dominant display against in-form Newcastle United at the Etihad.

Pep Guardiola’s men flew out of the traps with a flurry of attacks, but took 18 minutes to actually find the net. It was worth the minor wait as Ilkay Gundogan’s beautifully lofted pass on to the head of Joao Cancelo, who nodded it onto Raheem Sterling’s.

The England star could not miss and headed home from close range to ease any nerves that may have been lingering among the Etihad faithful. Aymeric Laporte doubled their advantage just before half-time when he capitalised on some sloppy goalkeeping from Martin Dubravka.

Rodri got his second in as many league games for City’s third – a headed effort that marked Guardiola’s side drawing level with Liverpool in terms of goals scored this season.

Phil Foden then put City ahead of Liverpool in that regard by adding the icing on the cake with a fourth late on. Sterling put further daylight between them in the goals scored column by notching his second and City’s fifth.

“Premier League is Ours!.”
Credit: @rafips

“So sweet to see the boys bounce back with such a sumptuous football. Unto the next game. Common CITY!!!”
Credit: @AbiolaMaylaw

“What a win.”
Credit: @ftblmcyousef

“And people were really wondering how our reaction after the Madrid setback will be?”
Credit: @SakshaMcfc

“What a reaction from the lads.”
Credit: @seancastillo_