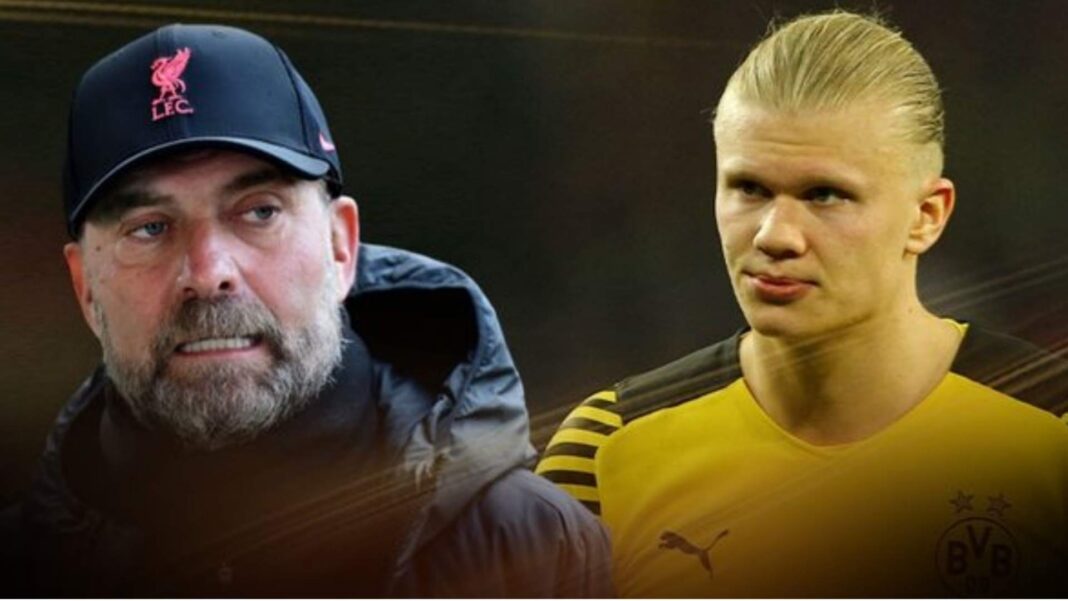 The Borussia Dortmund sensation, 21, is expected to seal a €60m (£51.4m) transfer to the Premier League champions in the next few days after passing a medical in Brugge on Monday afternoon.

The decision to stall on signing top target Harry Kane is widely regarded to have cost the Cityzens a spot in this season’s Champions League final. And Pep Guardiola has moved swiftly in the summer market to ensure a similar mistake is not made this time around.

Boasting an insane record in front of goal, the arrival of Haaland is likely to send shivers down the spines of their Premier League rivals – the Norwegian ace has racked up an incredible 85 goals in 88 games for Dortmund.

“I signed a new contract knowing City will not stop developing,” Klopp told Sky Sports. “It’s not about City to define if we can be happy or not. It’s about us and what we can make of it.

“You have so many opportunities and so many different ways to win a football game. We have to find just one. It’s possible obviously and you can do that – you face City in two, three competitions, Champions League – six times a year, more often than all the rest!

“We play against all the other teams, yes. But if Erling Haaland goes there that will not weaken them. Definitely not. I know in the moment that other people talk about money, but this transfer will set new levels. Let me say this!”

These Klopp’s comments were shared on Twitter by City Xtra and it attracted plenty of attention from the club’s supporters.

“I mean, it’s possible it will set new levels of dominance by City, so he’s not wrong.”
Credit: @minksfootie

“I hope he’s talking about state of play. His transfer fee is gonna be the same as VVD 5 years ago”
Credit: @MCZachFC

“Ah yes, this £75m fee that we are paying that Liverpool paid for a player 4 seasons ago is going to set new levels. Please don’t talk to me about wages either, when United’s wage bill exists.”
Credit: @RCorless33

“He knows this is his last chance to win the PL before we steamroll the league like Bayern every year until his contract is up.”
Credit: @DanO_McG