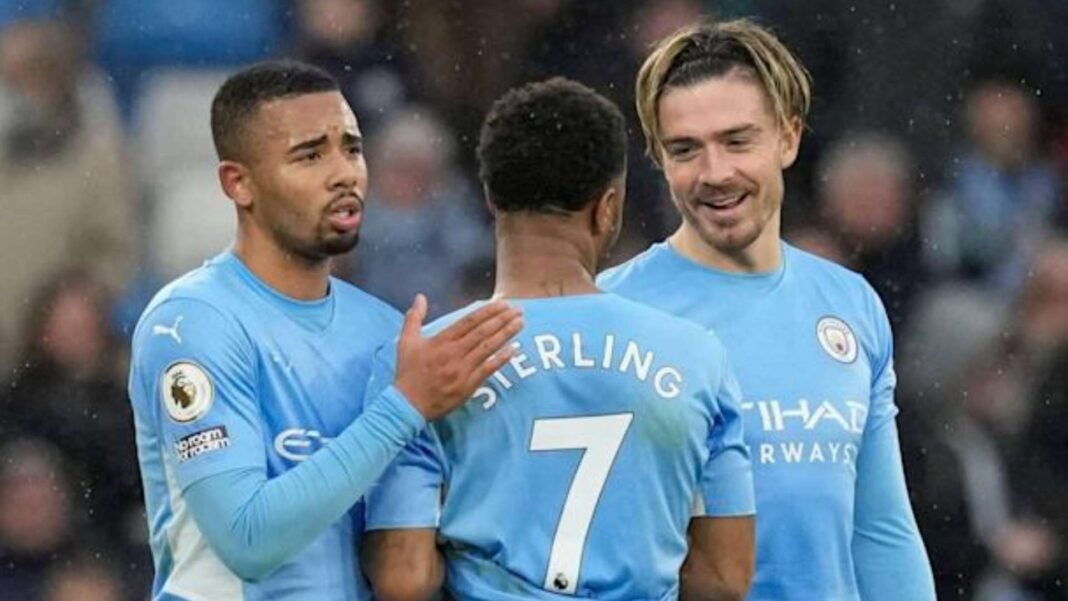 Manchester City midfielder Jack Grealish delivered an “incredible” display for Pep Guardiola’s side on Sunday afternoon as they go top of the Premier League table.

Liverpool slipped up against Tottenham earlier in the weekend, and City bounced back from a crushing Champions League defeat against Real Madrid to batter the Magpies at the Etihad.

Despite not being on the scoresheet, Grealish play helped propel City to that huge and over whelming victory vs Newcastle. His assist and overall great play was a big part of it.

He kept his head up high after the Champions League disappointment in Madrid on Wednesday and played well, drawing a few important fouls in the final third.

He also linked well with De Bruyne and Zinchenko from the left and had some dangerous dribbles. Grealish won several free-kicks and had a good afternoon.

Man City fans, then, were all over Twitter praising Grealish for his ‘incredible’ display. Here’s what some of them had to say on Twitter…

“If that’s gonna be Jack Grealish next season, many are in deep trouble”
Credit: @SigxaxaXolani

“Grealish next season with a striker to feed will be unreal”
Credit: @jaydenmcleod_

“Give Grealish credit he is incredible to day”
Credit: @TcholeIbrahim

“I’ve been critical about Grealish, but enjoyed watching him today. Great to see him running with the ball, yes Trippier was coming back from injury but much more engaging!”
Credit: @DrJonAitken

“Has been the best player over the last 2 games tbh. The flashes of skill are insane”
Credit: @NothingButCity