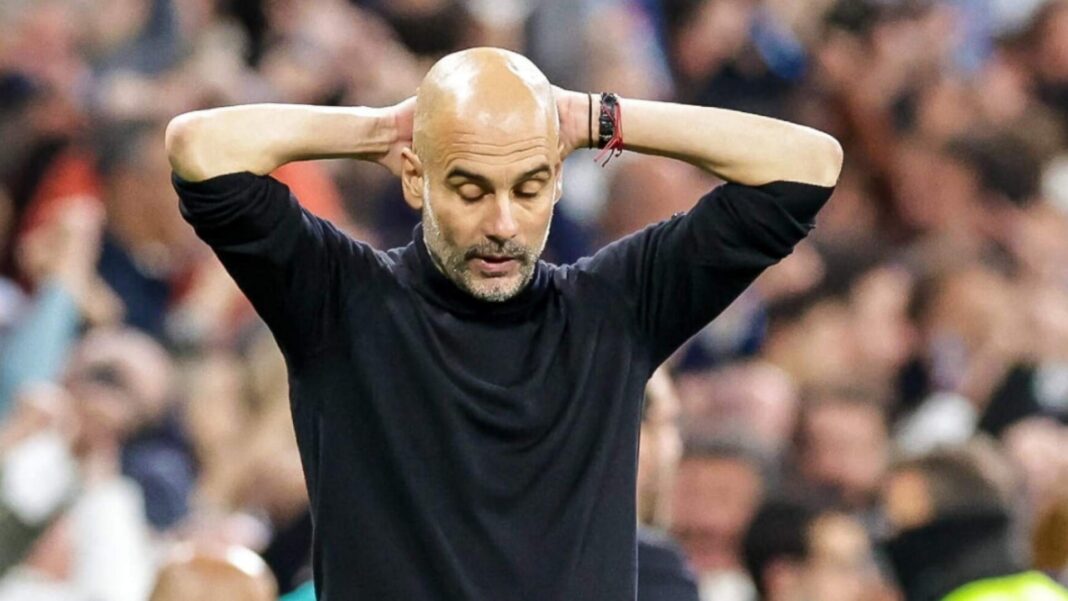 Manchester City have a major headache with THREE central defenders now out for the rest of the season after the Blues lost Ruben Dias in the 5-0 rout of Newcastle, which is a vital boost for Liverpool in the Premier League title race.

However, the victory wasn’t without consequence, as Guardiola has officially ruled out three of his defenders for the season.

Guardiola confirmed “Ruben, Kyle and John are out for the season” and said they would also miss next month’s internationals.

John Stones and Kyle Walker were unavailable for City’s game against Newcastle, but Ruben Dias did originally start the game. The Portuguese defender came off at half-time, and now Pep has confirmed the bad news.

Being without three key players is a monumental loss at this stage of the season, but to lose them all in defence rubs salt into the wounds.

Liverpool will be delighted to see the recent news from Guardiola, as the Spanish manager may have to turn to youth players to help the situation. CJ Egan-Riley, a 19-year-old defender, was brought on with four minutes remaining against Newcastle.

“I still believe we will win the league. Laporte and Ake are solid enough to win three league games”
Credit: @rosendahl_oscar

“Ake is a doubt as well…we have no defenders left. Congrats Liverpool it’s been fun”
Credit: @mxnciteh

“This is obviously a big loss, but I don’t think it’s the end of the world. Zinchenko and cancelo were incredible today, and Ake and Laporte have been excellent all season. 3 games to go, and we have a (small) margin for error.”
Credit: @ollim_12