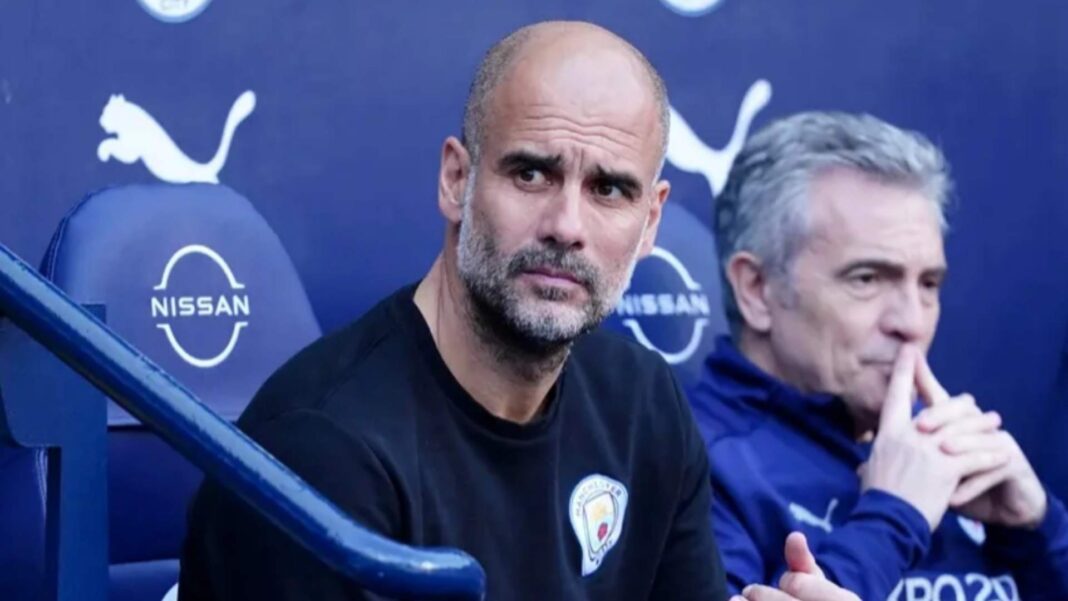 Manchester City boss Pep Guardiola has taken an impromptu swipe at Premier League title rivals Liverpool and claims everyone in England – including the media – supports the Merseysiders.

The Reds slipped up against Tottenham earlier in the weekend, and Guardiola appeared sour over the country’s apparent support for Jurgen Klopp’s men as they strive for an unprecedented Quadruple.

Klopp hit out against Tottenham’s defensive game plan on Saturday, which earned Antonio Conte’s side a 1-1 draw, and Guardiola seemed in an equally free-talking mood as he spoke of the country and media’s support for Liverpool in the Premier League title race.

“Everyone in this country supports Liverpool, the media and everyone,” said the Spaniard after the final whistle. “Of course, because Liverpool have an incredible history in Europe.

“Not in Premier League because they’ve won one in 30 years, but it’s not a problem at all. The situation what it is. We have to get nine points or maybe six right now. It depends on what is going to happen in the next two games in terms of goal difference.”

“It’s Wednesday that is the real, real, real final for us. Our destiny is in our hands. Liverpool, alongside Man Utd, are the important teams in all history in terms of titles, history, drama. Since the last 10 years we have been there. I know we are sometimes uncomfortable, but I don’t care. If the people want Liverpool more than us it’s not an issue.

“We can lose a game and they can win all their games so goal difference is important right now. They have the threat and quality up front to do it. Now it’s not about that, it’s Wolves.”

“Liverpool fans aren’t going to like this”
Credit: @okayokay12321

“Oops the truth that people don’t want to hear..they just want to focus on City UCL failures but this topic is a no no especially for the British media”
Credit: @thecityzensfc

“Liverpool fans been saying the same about the CL all week, let’s see if they can take it when it’s the other way round 😂”
Credit: @Frenchy_FPL

“Shouldn’t even count as 1. It was with no fans and water breaks every 20 mins.”
Credit: @MCFC_Trey

“Pep’s pressers have become very high quality recently because he’s a more chilled out version of Mourinho whilst saying the same things in them”
Credit: @mcfcIeo_