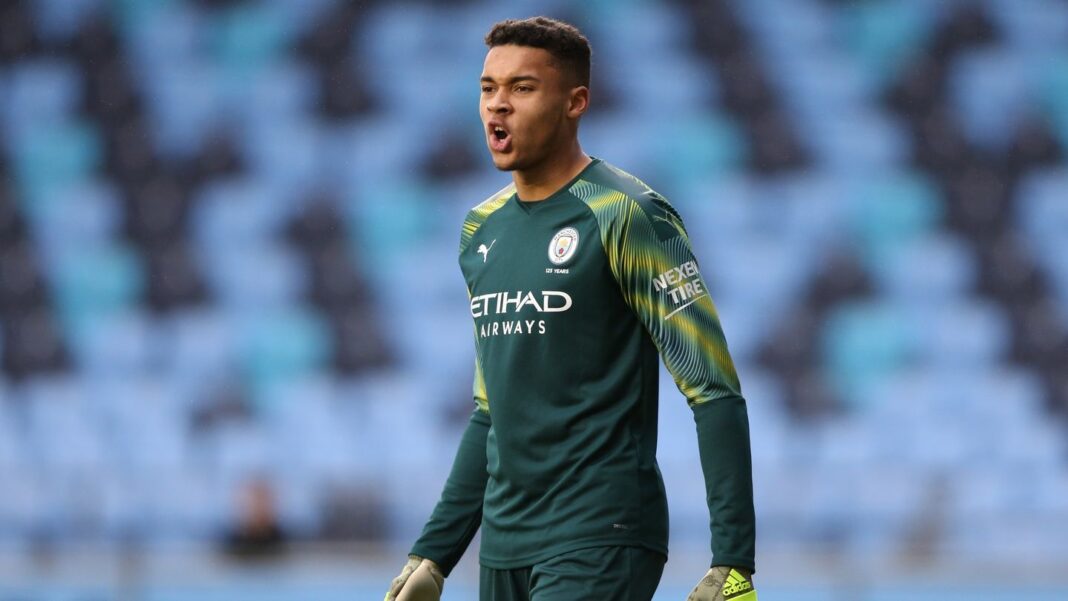 Manchester City fans have been reacting to a post on Twitter which relays a report that claims two Premier League clubs are interested in signing Gazin Bazunu on loan next season.

Bazunu will hold talks with City to determine the next step in his development after his loan spell at League One Portsmouth came to an end.

He has become a fan favourite, while on loan at Portsmouth and kept 16 clean sheets for Danny Cowley’s side this season.

It remains to be seen whether City will keep Bazunu at the club next season or send him on loan again, but the 20-year-old is keen to gain more experience.

According to The Sunday Times, Southampton and Bournemouth are both interested in signing the Irish goalkeeper on loan next season. And both sides are prepared to offer him the chance to play first-team football.

“He’s fantastic and only 20 years old, people don’t realize the pure amount of youth talent City really have, they will soon know and we’re just getting started.”
Credit: @CrustyFlacko

“Loan him out Ederson is obviously the starting keeper and Steffen is better for now aswell.”
Credit: @gcertifedd

“Need to bench Ederson and see how this guy perform.”
Credit: @Loyalcityzen

“He should defo replace steffan anyway as he is so much younger and is probably as good as him”
Credit: @_seanscity

“We CANNOT sell him, loan him out next season and see where things go from there. He won’t get the playing time he wants when we have Ederson.”
Credit: @TianMCFC

“Do not make the mistake of selling, even with a buyback. Loan him to a Premier League club, or a non top Championship club”
Credit: @FussballHJ

“Bazunu is good, but unfortunately, he can’t do what Ederson does typically, and that is playing ball in front of the goalmouth. Until now, only Manuel Neuer can do that. So that might be the decider here. But wherever he goes I hope Bazunu will have a good luck”
Credit: @La_Cityzen