Manchester City fans have been reacting to a post on Twitter which relays a report that claims the club will target a central midfielder and young right-back after the signing of Borussia Dortmund’s Erling Haaland.

Haaland is poised to become a Manchester City player this week after passing a medical and the Premier League champions telling Borussia Dortmund they will activate the 21-year-old’s release clause.

For the Manchester City manager, Pep Guardiola, the deal ends his search for a long-term successor to the club-record goalscorer, Sergio Agüero.

Now, according to the Telegraph, the next on Man City’s transfer agenda is to secure a new central midfielder, with club captain Fernandinho set to depart at the end of this season.

The report also points out that City are looking at a young right-back, who is likely to act as an understudy to Kyle Walker and develop into a long-term solution in that particular area of the field.

There could also be one or two major departures, as Gabriel Jesus, Rahim Sterling, Ilkay Gundogan and Riyad Mahrez are all about to enter the final year of their contracts.

“We are ruining football.”
Credit: @luca_mcfc

“We’re actually ruining the league and i love every bit of it.”
Credit: @markusmcfc

“Yes, finally someone realized we need a young right back, am excited for the summer transfer. it’s gonna be epic for City.”
Credit: @RodgersMurimi

“Why don’t we give Egan Riley a run at right back, he could be a perfect cover for Kyle Walker.”
Credit: @izzy900is

“We literally have 4 young right-backs that we can recall or already have, Issa kabore, Egan-Riley, Yan couto and Aguilar.”
Credit: @BryanOnze

“It might be 10 years before we get a actual LB”
Credit: @trevsenpai

“Is Cancelo moving to LB? That’s the only reason it makes sense.”
Credit: @GoodKidManCity

“If we have good options we should sign them”
Credit: @raj69hunter 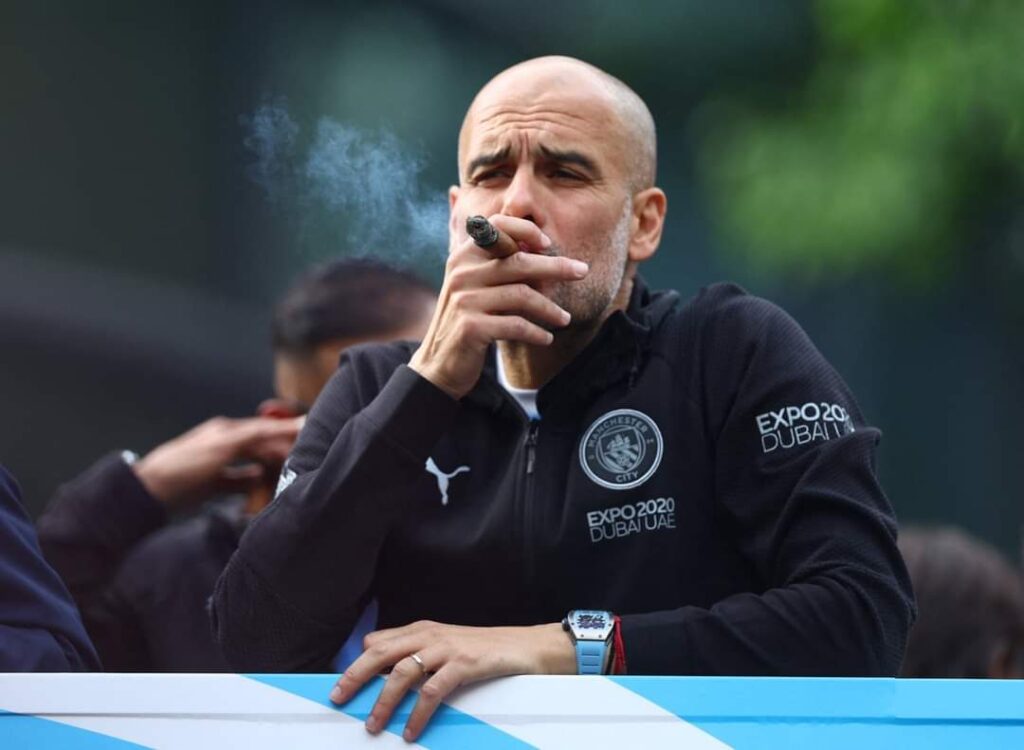